First of all: I think Edgar Savisaar should now leave his posts as the chairman of the Centre Party and mayor of Tallinn. At least until he has taken his case to court and the scandal about him has been cleaned up. Certainly, Estonian politics would be much less interesting and colourful without him, and the neoliberals and nationalists must find another enemy. I doubt whether finding this enemy is very easy. But as to the scandal itself, I have read the compte-rendu of our secret police about it, and have some serious questions left unanswered. It has been told that the director general of Russian railways, Mr. Yakunin (hope have not misspelt the name) has been a high-ranking KGB officer. How can such an experienced man and some of his entourage acted so naively, giving our police the chance to record his conversation with Savisaar? Athough he talks about the need of conspiracy, he seems not to be a good conspirator. Now, did the Russians who reportedly offered some money to the Centre Party really want to do it in secrecy? Is our police really able to record conversations between important people in Moscow? Were they given the materials by some other intelligence agency? Was there an agent of our police among the persons accompanying Savisaar? Couldn't some people in Russia simply want to get rid of Savisaar and leak the information to our police? The scandal has an international dimension, and so far the only person who has paid attention to this is our former prime minister Siim Kallas, now EU commissioner for transport. Here, one of the main questions remains: cui prodest?
Publié par Jaan Kaplinski à 03:55 Aucun commentaire: 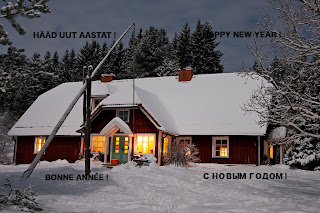 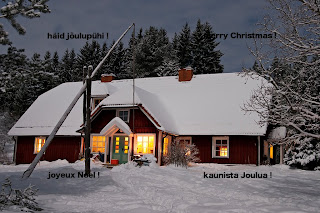 We are discussing over choices, often ideological choices, we are either rightist or leftist, liberal or conservative, we want a stronger or weaker state, we are for family values or for personal freedom, we are Catholics or Protestants, Jews or Muslims. But in all these choices, there is a hidden dimension, something that often is more important than the choice itself. To say it in simple words: everything or nearly everything can be done in an intelligent or stupid way. And being leftist or rightist, Catholic or Protestant, pro-choice or pro-life does often not matter so much if it is not seasoned with a minimal amount of intelligence. And perhaps it is important to add, that intelligence itself cannot be fully functional without one of its basic ingredients -- sense of humour. Intelligence paired with humour is something we can call wisdom. Let's think of Buddha's smile and Zhuangzi's laughter. And of Jewish anecdotes.
Publié par Jaan Kaplinski à 12:51 Aucun commentaire:

Some people have been irritated by the fact that I don't use Estonian in my blog. I am sorry, but I have some reasons not to do it. First of all, I have written and published poems, essays and articles in Estonian for more or less fifty years, that is, for half of a century. Isn't it enough? And for about thirty years, I have written about the problems of contemporary Estonian language. Often polemicizing with people who have the authority to say how one should write and speak Estonian, what words and forms we are allowed to use in press and in books. I have different, sometimes radically different ideas about this. I want to use my own breed of Estonian. I have had a lot of controversies with people who think they know better -- editors and specialists in language policy and language maintenance (keelekorraldus). I haven't found much understanding, and even now, editors change the words and forms I use calling their changes amendments and generously giving me the right not to agree with such "amendments". I certainly accept real corrections of my typos and other mistakes -- errare humanum est; I think every writer needs an intelligent and attentive "first reader". But to a writer with fifty years of experience and a background of linguistics being able to read texts in about dozen languages, to see his text, his style changed, his words replaced with different ones, is an insult. But my attitude towards the official Estonian is not just a purely personal matter. I feel deeply sorry about the fact that the language that, according to my deep conviction, should be our common property, should belong to the people who have created and are using it, has become a property of a group of specialists (and, in fact non-specialists too) who have usurped the right to tell us what is right and what is wrong, and to many amateurs who enthusiastically try to invent new words to replace the old ones. I cannot agree with such a situation: I don't think anybody has the right to tell Estonian people what words they should use or not. And nobody has the right to change the language according to his or her ideas, but the people, the speakers and owners of the language. This simple fact is ignored both by our authorities and institutions whose task is to maintain and develop our language. Our linguistic policies are authoritarian, and it seems to me that this authoritarianism has increased in recent years. Now, even our president has intervened in our language policies telling to us what words we should use and what words not. Even if his command of Estonian and knowledge of linguistics were perfect (what is not the case) no president has the authority to teach people how to speak or write. Now, our State Broadcasting authority has, in a hurry, replaced the loanword "infrastruktuur" with a newly formed word "taristu", and all the reporters are obediently using the new word. In my opinion, this neologism is a failure for several reasons. I could explain my opinion in detail, but here I mention only the fact that it makes little sense to replace one compound with the word "struktuur" instead of finding a purely Estonian word for "structure". And for most Estonians, the root "tari" has only the meaning of cluster of berries. But the authority of our president has most probably helped to replace a well-established international word with a strange neologism. In my opinion, such instances are a proof or the absence of democracy in our language policies. It is the result of some ideological stereotypes our language authorities and amateur neologists have inherited from the futuristic ideas of the early XXth century, and the passive attitude of our common language users who have given away their rights, their proprietorship of their language. I has led and is leading to creeping alienation of our people from their language, of the standard Estonian becoming more and more an artificially standardized and maintained language. While most people seem to silently agree with this, I cannot. I feel I have been too intimate with my language, I have tried to do my best in using it intelligently and creatively. I have tried to defend it from excessive normativeness and excessive fondness for neologisms. Now I feel that my efforts have had no results. I have lost my battle. I have nothing left than to resign. I don't want to read Estonian press, to listen to our radio or TV. The modernized language hurts me. I have to abandon writing in Estonian, and try to write in Võru keel, English and Russian. Certainly my command of these languages is not perfect, but I can without resentment accept editors correcting my texts written in English or Russian. And I cannot accept editors "correcting" my Estonian texts. Thus I feel I have been an Estonian writer for half of a century, but I am no more an Estonian writer.
Publié par Jaan Kaplinski à 13:05 Aucun commentaire:

In the name of political correctness now in Estonia too the word 'neeger' has become a
no-word, instead, people most often use 'mustanahaline'. This is quite odd because 'mustanahaline' means either 'black-skinned' or 'dirty-skinned', and the word 'must' was often used in Soviet times as a derogatory word for black-haired people from Central Asia or Caucasus. All this fuss is the result of primitive understanding of the meanings of words and correspondences between words in different languages. It is naively presumed that the English 'negro' is the same as the Estonian 'neeger'. But it is not so. As is proven by the fact that in Portuguese, the word that was used for Blacks, used to be 'preto'. Nowadays it too has become a politically incorrect word, and instead of 'preto', one must use 'negro'... The morals is that every word belongs to a web of connotations, is connected with other words in its language. In some cases, especially in second class languages as Estonian, these connotations tend to include also words in first class languages, in our case English. And often our language is reinterpreted in the light of such interlingual correspondences. And remodelled to fit better into the patterns established by (American) English. The result is a language using Estonian-sounding words, but having the structure of English. Every word in this hybrid language corresponds to a word in English.
Publié par Jaan Kaplinski à 01:07 Aucun commentaire:

Worst Mistakes US Made

I agree with people who call the US "the unwilling empire". US could have been able to rule the world, to become not only the single superpower, but the one effective ruling power in the world using the military and economic means at its disposal. For various reasons it has not chosen this way. America has more or less successfully avoided the emergency of existential threats to its security, intervening only in situations it considered very critical. Some of these interventions ended with fiasco, as in Vietnam or in stalemate as in Korea. The Americans have tried to find counterbalances to nations they considered too powerful as the USSR or India (thanks to the special relationship between New Dehli and Moscow) and a menace to their interests. Thus the US has supported Pakistan against India and the Afghan islamist guerillas against the Russians. I think these were Washington's worst mistakes. Despite everything, the Russians, and of course the Indians, are pragmatic and would never launch into too dangerous adventures. They are not fanatics. Unfortunately, many people in Pakistan, Afghanistan and Iran are fanatics who are capable of destroying the world in the name of their God or religion. Now, thanks to the US politics, these forces have become more powerful, and as the result the world is becoming a more dangerous place. The stalemate established in Korea, the existence of the failed state with its crazy and desperate rulers is helping the fanatics in South Asia to strengthen their positions. And they get some support from quasi-moderate rulers in other Asian countries as Turkey. To cut it short: the USSR and India, or nowadays Russia are not apocalyptic nations ready to launch an Armageddon. Iran and one day Pakistan are capable of doing it when they get the necessary means. But the US seems not to be capable of preventing them to do it. Democracy means compromises, negotiations and hesitation. Religious and quasi-religious dictatorships can do without it, and for a short period of time, they are capable of mobilizing all their resources and put aside all hesitation to achieve their goals. In a world with nuclear arms it means that the democracies are becoming dangerously vulnerable.
Publié par Jaan Kaplinski à 00:55 Aucun commentaire: